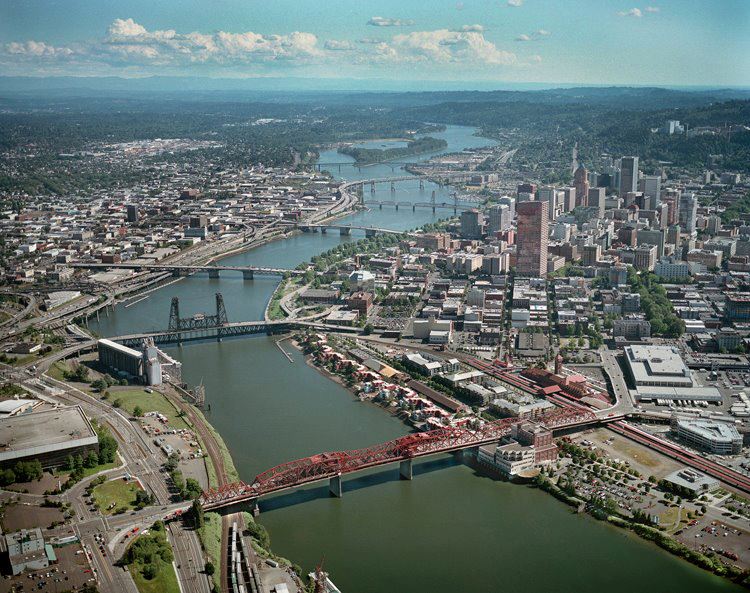 Racial equity work began at the City of Portland in 2008, in response to a report on health disparities among racial and ethnic communities in Portland and Multnomah County. The Coalition of Communities of Color (CCC) hired Portland State University to conduct the study.The results were striking, showing large disparities between white and minority residents across many indicators of health and well-being. Racial disparities in Oregon have a long history, as the state was built originally as a white-only territory. The report showed this legacy was alive and well. The CCC leveraged the data politically, bringing it to the city and the county to encourage governments to take action to address the disparities revealed by the report.

At the same time, Portland was conducting a visioning process for the next 25 years of the city’s future. One component of the process was called Vision into Action, which sought to incorporate the voices of marginalized communities often left out. Vision into Action included 14,000 people in the work to build a vision for Portland, which raised racial equity as a major issue. The disability community also became engaged at the same time through the process of building the Portland Plan. These community pressures motivated the City of Portland to create its Office of Equity and Human Rights (OEHR), which now oversees both racial equity and disability inclusion work for the city, modeled after Seattle’s Race and Social Justice Initiative. The OEHR was formed in 2012.

Portland’s mayor at the time, Sam Adams, was committing to prioritizing racial equity, and felt that if the business community understood the initiative, they would be supportive. Mayor Adams asked Judith Mowry, now Senior Policy Advisor at the OEHR and Dora Perry to facilitate eight day-long sessions (which the mayor and Commissioner Amanda Fritz attended) with business leaders, including business leaders of color, who were able to share with their white colleagues how institutional racism impacts their experiences. These conversations helped pave the way to creating OEHR with business community support. Portland also formed a Creation Committee, a body of community representatives who helped to shape the mission for the office.

Like in other cities and counties, Portland’s OEHR has focused on training city employees in racial equity, including the definition of institutional and structural racism, the history of public policies designed to favor whites over other races, the difference between equity and equality, implicit bias, and how to apply an equity lens to policies, practices and programs. Because the city’s work as a whole is largely focused on infrastructure (as opposed to the County, which is considered the government that takes care of vulnerable people in the area), one of the initial tasks that training helped to accomplish was to get city employees thinking about the impact of their work on people (not just roads and bridges). So far, 850 out of the city’s 5,000 employees have participated in racial equity training, and OEHR plans to train all employees. All managers are required to attend a training, and City Council members have begun discussions about making training mandatory for all city employees. Several bureaus have also now hired Equity Managers to develop and drive their equity strategies within individual bureaus.

A key strategy for building capacity was the creation of the Citywide Equity Committee (CEC), which includes two people from every bureau, committing 10 hours of staff time per month. The CEC meets once a month, and its purpose is to connect each of the bureaus to equity work and bring issues from the bureaus to OEHR. The CEC was also tasked with creating a tool to help every bureau develop a 5-year equity plan. The Coalition for Communities of Color had created an initiative called All Hands Raised, a collaborative of one hundred organizations working on education issues, and developed an institutional assessment tool. The CEC took this assessment and boiled it down to a streamlined list of questions that apply to the city’s work. They then integrated elements of a different framework, the “Continuum on Becoming an Antiracist Multicultural Institution,” developed by a national educational organization called Crossroads Anti-Racism Organizing and Training (Crossroads 2007). The final tool, The Road Map to Becoming A Fully Equitable Organization , ties the continuum to the All Hands Raised assessment questions related to the workings of the bureau, such as management, leadership, employment, contracting, and community relationship. The tool provides an evaluation scale from “we do not have this practice” to “we have embedded the practice and use it daily.” If a bureau has a low ranking in one area, it must incorporate a strategy into its 5-year equity plan about how it will improve in that area. The tool is being launched 5-6 bureaus at a time, then OEHR and the CEC will review the plans produced by the bureaus. The result of developing the tool was so successful that Multnomah County is now in the process of adopting the tool as well.

Recently, OEHR has expanded to oversee several new programs, including the Black Male Achievement Program, which is led by a 30-member community steering committee of black men. OEHR has also worked internally to support community organizations to advance a “Ban the Box” ordinance to remove questions about felony history on job applications.

In spring of 2015, Portland’s mayor required the use of an equity tool for the city’s budget process. Each bureau used the tool to assess the racial impacts of their proposed cuts or additions. Assessments were reviewed by OEHR and submitted to the budget work sessions (which include council members and a budget advisory team). The City Budget Office then makes recommendations. After reviewing the racial equity assessments, several budget proposals were modified by the City Budget Office due to equity concerns.

Portland has incorporated the use of data and metrics into their “equity roadmap,” bureau equity plans, and the workforce dashboard now on the city website, where demographic data about the racial makeup of each bureau and their contractors can be viewed, sorted both by overall employees and by management level staff and updated monthly. Twenty-seven percent of Portlanders are people of color, and 24% of city employees are people of color, which is not highly disproportionate, but management and upper level leadership have greater disparities. The Regional Equity Atlas produced by Coalition of Livable Future has been very helpful in tracking equity data, and soon OEHR will be bringing in their staff to lead workshops for city employees on how to use the Atlas in their work.

After OEHR’s initial success, Judith Mowry hopes that they will be able to take the work deeper, moving those who did foundational training into Equity 2.0 professional development, while still bringing in newcomers to the work. Mowry hopes to “make the conversation real and relevant” to people of all races. The next stage of the work will be to continue the internal focus on who the city hires and contracts with and understanding that racial equity is about examining programs, policies, and practices of everything the city does in order to remove barriers.

The next stage of capacity building will be a policy team that deepens the coordination across bureaus, ensuring that those bureaus that have hired Equity Managers do not rely on one person to carry the responsibility for everyone. The OEHR will also be working to pass a resolution that requires all bureaus to develop a 5-year equity plan and will follow up on the City Council’s recent suggestion that equity training be made mandatory for all city employees.

Mowry also believes that for true equity to be achieved in Portland, the political system will have to be reexamined. The City of Portland has one of the only commission forms of government and all commissioners are elected citywide. In 109 years since the city’s founding, Portland has had only 7 women and only 2 people of color on the City Council. Greater understanding of how politics impacts capacity built around racial equity work will be critical to its sustainability over the long run. There is also a limit to what a city can do on its own. Institutional racism has to be addressed on both the institutional and systemic levels. To take a big picture look at equity metrics and build toward greater progress, political leadership across city, county, metro, and state will need to work together collaboratively. 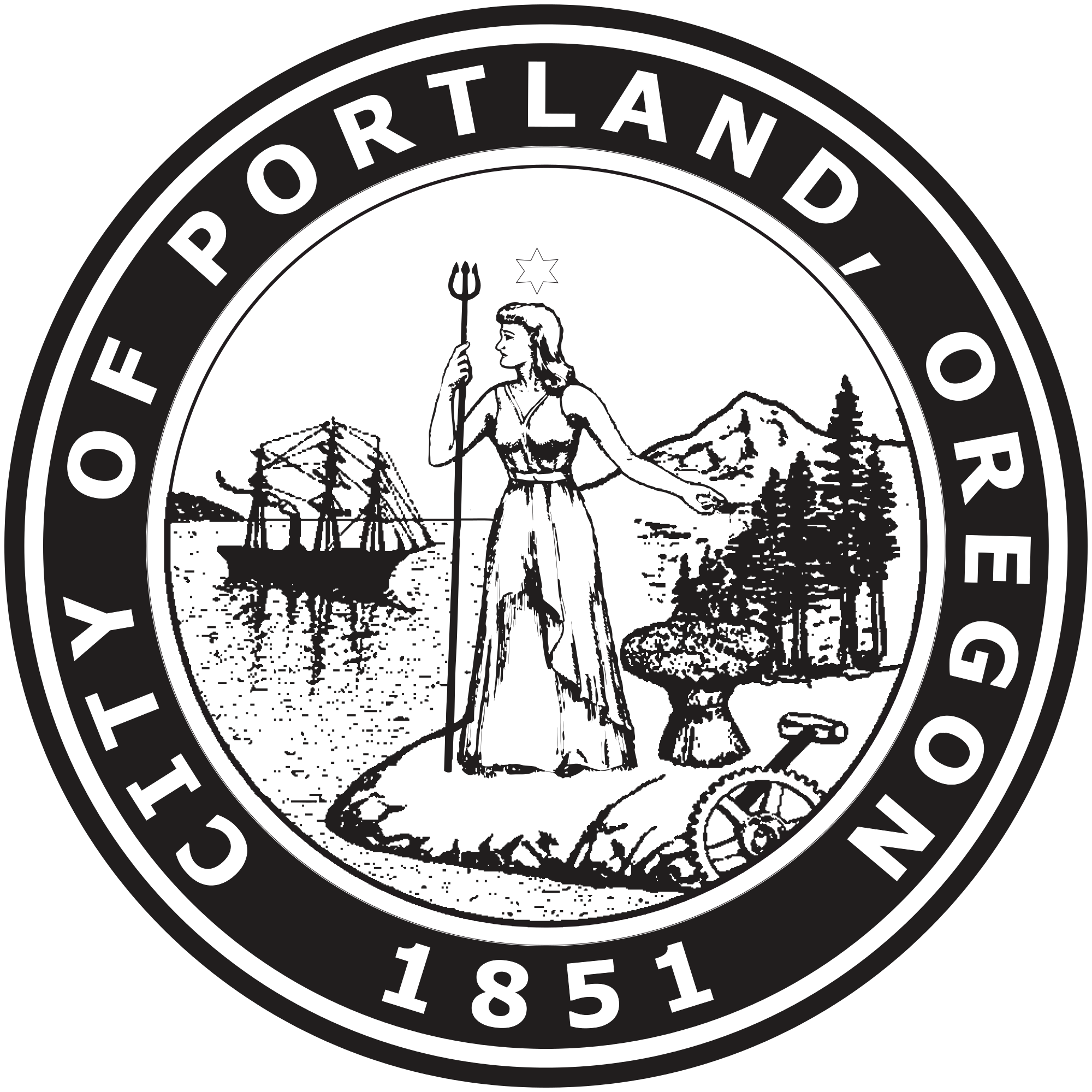