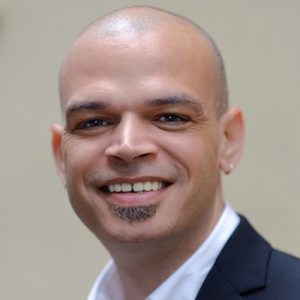 Glenn brings to the new Race Forward over 25 years of experience working on issues of race and social justice—working with community groups, foundations, and government agencies dedicated to building a more just and democratic society.

Prior to the new Race Forward and CSI, Glenn worked as the Manager of the City of Seattle Race and Social Justice Initiative (RSJI), whose mission is to end institutionalized racism in City government and promote multiculturalism and full participation by all residents. Glenn has supported the start of similar initiatives in jurisdictions across the country, and helped to found the Government Alliance on Race and Equity (GARE).

Glenn came to city government after serving five years as Development Director at Western States Center, an intermediary that provides technical assistance, training, research, and policy analysis in an eight-state region to grassroots organizations working to achieve social change. Glenn also served as the Interim-Director at the MRG Foundation in Portland, Oregon.

Glenn is currently a board member of the Philanthropic Initiative on Racial Equity (PRE), the Willamette Valley Law Project, and the City Parks Alliance.

A prolific speaker and trainer, Glenn has helped hundreds of organizations across the country center racial equity in their work.