The City of Minneapolis’ racial equity work has evolved from several fronts. The Department of Civil Rights was one of the first departments to explicitly tackle equity as it began assessing how to address structural racial disparities throughout the city. At the same time, the Minneapolis City Council was similarly promoting more equitable practices within local government by issuing specific directions to government staff, primarily focused on workforce and economic policies.

As a result of these combined efforts, the city’s emerging equity strategy from 2003 to 2007 had 3 main goals: (1) to improve supplier diversity through procurement, (2) to make the government workforce more diverse through more equitable recruitment, hiring and retention supports, and (3) to make local boards and commission more representative of the city’s residents. City Council members initiated all of these one-off efforts through specific staff directions to different departments, and in in more recent years, a fourth goal of developing a racial equity assessment tool has been added.

In 2014, the city’s efforts were bolstered as Mayor Betsy Hodges and a slew of new councilmembers were elected on campaigns to promote equity within city government. With this new political leadership in place supporting existing equity champions, the city grew its equity efforts more robustly. One of the council’s first steps was to request help from the City Coordinator’s Office in developing a specific racial equity vision and definition. As a result, the City Council approved the definition racial equity in July of 2014 as “the development of policies, practices and strategic investments to reverse racial disparity trends, eliminate institutional racism, and ensure that outcomes and opportunities for all people are no longer predictable by race.” This public affirmation of a definition for racial equity prioritized and normalized racial equity as an overarching goal of the city.

Minneapolis is also taking action to establish institutional accountability and to operationalize the city’s equity efforts. In 2012, an internal group formed within the Department of Civil Rights in partnership with representatives from other city departments began developing an equity assessment toolkit (or a racial equity tool) to inform city budget, policy and program decisions. In 2014, the City Council approved two positions in the City Coordinator’s Office to be dedicated to addressing racial equity efforts within the city and also charged the City Coordinator’s Office to develop a broad and inclusive racial equity plan, including the development of a broad racial equity framework that can ensure the sustainability of this initiative across departments.

The City of Minneapolis has a variety of teams already in motion that hold different pieces of the city’s equity work, but importantly, the City Coordinator has unified these to form a comprehensive team within a newly formed Equity and Inclusion program.  One of the 2 dedicated Managers of Equity and Inclusion is focused internally on the work the city performs across the enterprise.  The other Manager of Equity and Inclusion is focused externally in community, and specifically honed in on the city’s work within the federally designated Promise Zone, an area  with extremely prevalent economic, employment and housing disparities. The third prong of this equity team is the City’s Innovation Team – a team inititally funded through Bloomberg Philanthropies and focused on promoting equitable city outcomes. All three prongs rely and build on existing work being performed across the enterprise. Another component of this work has been the support stemming from City Council offices.  In 2015, an informal group was formed by 2 members of the City Council in partnership with several city departments to identify opportunities to lift up the work that was being done within the enterprise, and help design and launch a city-wide Lunch and Learn series to discuss issues of racial equity. All of these efforts serve to fold in existing work into larger framework with a dedicated, centralized team that can ensure consistency and sustainability throughout the city, which in turn support the local government’s own capacity to advance equity within the region.

It’s also worth noting that like many cities, the internal infrastructure of the city’s equity approach has evolved over time. From the pioneering work developed initially within the Department of Civil Rights, including the creation of an internal Equitable Solutions team that sought to bring in other departmental partners, to the more robust and comprehensive framework being developed within the City Coordinator’s Office as equity work has become a clearer city-wide priority – the evolution of the city’s work highlights the importance of strategically positioning equity work within a city’s particular infrastructure in a way that will maximize advancement of its goals and efforts. 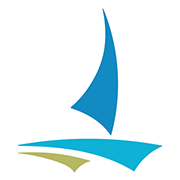