Home>Blog>Subject Area>The People Behind the Movement>Open Data, Water Quality and Equity: A Conversation with Greg Gearhart of the California Water Board 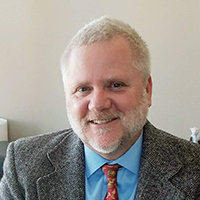 Although water supply issues have risen to the national stage in recent years with media coverage of the Flint crisis and #NODAPL movement, there remains little ongoing national attention placed on the social justice implications of low water quality. In this post, we discuss the impact of new developments in open access to water quality data on racial equity issues with Greg Gearheart, the Deputy Director of the Office of Information Management Analysis for the California State Water Board.

Q: What relevance does water quality supply and infrastructure have on racial justice issues?

Greg: The Water Boards mission is essentially to protect the human beneficial uses of water. The Board oversees 130 programs, and every one of those approximate 130 programs has an interface with a different public group. Sometimes it’s a community with a specific geographic perspective, other times it’s across the whole state. Every time we interface with the public we are essentially acting as a form of government that layers on top of the other forms of government Since water regulation is such a vital role, the Water Boards have a lot of potential to engage with community perspectives that are not often taken into account.

Q: How has GARE helped you in conceptualizing your current role with the Water Board?

Greg: I’m a huge fan of systems thinking and there’s a lot of resonance with GARE processes since it’s very iterative and data-driven. There are systems out there that we have to live in, so understanding those systems and designing improvements to achieve better outcomes is the best thing we can do as government and civil servants. Simply making promises that we’re going to stop systemic racism isn’t a very effective strategy because promises from government don’t usually work out. But a promise to try and address systems seems much more doable, and more importantly, measurable.

Because of GARE I now try and really break down the systems that are driving the outcomes and outputs of interest to the people we serve as water resource managers. Once we can do that, then we can see where the pressure points are – what we can do, what we can change, what we can address – and build performance measures around that.

Q: A systems thinking approach can be extremely helpful, but how do you avoid situations where the measure becomes the target? Especially when trying to measure things that are complicated and intangible?

Greg: The thing that helped me see the applicability to GARE is their very structured approach to Root Cause Analysis. At the bottom of every root cause analysis you find that systemic racism is often the driver but between the thing you see – for instance, we’re not very good at engaging communities of color on drinking water issues – if you break it down to the root cause levels and the agency’s work at the highest level, you end up with some in-between levels. At the very bottom it’s maybe too hard to deal with that level, and at the very top, how do you measure whether you’re dealing with things at that level? But in-between you’re going to find a lot of things that you can change.

It is very hard to measure some things. I think a lot of people just stop at that point and say, how would you measure something like racial equity? But the thing that’s great about GARE is the dedication to a very structured approach.

Q: Can you talk a little about the role that open data has in trying to facilitate the relationship between community engagement, equitable engagement, and water management systems?

A: We are both blessed and unlucky in some people’s eyes that we are mandated as an organization by a statute to publish our data as open water data due to the Open and Transparent Water Data Act. It’s a moving mandate to make sure we’re providing the public accessible open water data. A lot of that is about culture change. At the end of the day, it is open data and we’re a data-driven society these days. To me, public trust includes access to public trust data. People should be able to see the work (data) about what we’re doing, and how we’re using their data to protect critical public resources like water.

I use the term “civic data engagement,” because we already have a stakeholder driven process for everything we do. The difference with open data now, is that this means we have to truly engage people with data. Our programs and staff can’t just hold a workshop, get some poster boards and take notes. They have to reach out into people’s world. Open data is very much a part of government and transparency, especially with something as important as water.

Q: I think oftentimes when water quality is discussed in the context of equity, most people’s minds jump to the so-called “developing world.” But a few major domestic issues have called attention to water access and equity, such as the Flint Water Crisis and the #NODAPL movement. As access to water becomes more salient in the context of equity in the western world, how can local governments or access to open data work towards solving some of these issues?

Greg: In many countries outside the U.S., people have better access to information about their environment than people living in the U.S. This is because in other parts of the world, environmental data is considered so vital that it doesn’t get hung up in these bureaucracy loops or privacy concerns. I think there’s a lot of hope for water data, since it is such an important link to the vital public trust of the water itself.

California has a human right to water approach. It’s also in our statutes – the legislature passed the Human Right to Water Act. But it only happened after the United Nations came and shamed California for having areas that lacked access to safe, affordable and clean drinking water. We have a few things working in our favor – we have this act, we have the Open Data mandate, and we have some more recent work with the Safe & Affordable Drinking Water Act that the Governor recently signed. There’s a lot of hope, and data is a powerful tool for making improvements.

For example, the annual consumer confidence report that consumers receive, which is just a general overview of water quality, is a great example of a really shallow amount of information that’s given to the public. Many government entities, including my own organization, feel like the public “can’t handle” actual data and the truth, so they spend a lot of time trying to figure out how to communicate it.

I understand this, and it’s very natural – but by taking too long to communicate information, they’re reducing trust. So when they do have any data leaks, people are immediately looking for the problem associated with the data. Open data provides a lot of solutions for that, and there’s a lot of people in my organization that can help provide an informative narrative around the data – including the ugly parts.

Q: For members who work on issues related to equity but have little experience with utilities and water management/quality, what’s something they should try and understand about how equity plays into these resources?

Greg: There’s a lot of room for partnerships. Having a partnership-approach to engaging communities so it’s not just one agency at a time talking about what they do and what they know would be ideal. I think that designing processes so that you can have folks from the local county education group explain the importance of understanding lead presence in water systems and things like that. Stacking up entities and making us act like partners is really the key to success moving forward. Government doesn’t generally like to facilitate partnerships though, because it’s a lot of work and the system is set up for a “divide and conquer” approach. In some senses, it’s easier to have 5 different meetings where each group comes and talks about their issues individually, rather than one big meeting where everything is hashed out and truly addresses the community interest.  It’s harder for us to do that one meeting, but our feedback loop tells us we’ll probably have less work in general if we just hold our meetings within our normal 9-5 work day.

My message to the audience is, we’re not perfect and neither are most governments working on these problems. But if we partner together with groups that have the trust of the communities and we really listen to them, and we address these holistic problems, we have a better chance of solving the problems.

Q: Is there anything else you’d like to add?

Greg: For issues related to advancing racial equity, it’s really easy to find data science partners. You can tackle some big questions about, for instance, what’s the racial makeup of my organization compared to yours? When you get these sort of quick wins, you start building trust in the process and expanding your partnership. People are passionate about these issues in California. There are a lot of organizations willing to give free time to try and solve some of these problems, such as Code for America. Not one person can do it, but we can try and form partnerships to get some of the work done.