The City of San Francisco is Working Towards the Elimination of Fines and Fees.

A Conversation with The Financial Justice Project’s Director, Anne Stuhldreher.

Q: Please describe briefly what you do as the Director of the Financial Justice Project. 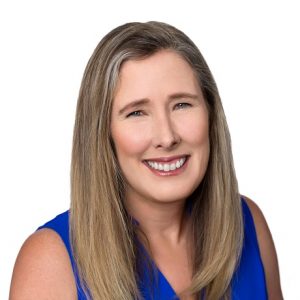 Anne: As far as I’m aware, the San Francisco Financial Justice Project [Insert link} is the first of its kind in the country that is set up to assess and reform fines, fees, tickets, and financial penalties that are having a disproportionate and adverse impact on low-income people and people of color. We decided to start the Project after hearing from many folks in the community who were serving or working with people of lower incomes, people coming out of jail or prison and people who were struggling with homelessness who were really feeling the brunt of these various fines, fees and tickets.

Q: The elimination of administrative criminal justice fees is probably one of the biggest recent accomplishments of your office. It seems as though a broad and diverse coalition was necessary to make this work, including community groups, government departments, and the courts. What was that process like? Was there anything about it that surprised you?

Anne: Most people don’t realize that people in the criminal justice system are typically handed a bill that can be up to a few thousand dollars. We were asking people to pay $50 per month to cover their probation costs. Since they were going to be on probation for three years, we were charging them $1,800 upfront, then $150 for a pre-sentence report, various charges for fingerprinting, for a lab fee, and up to $35/day to rent an ankle monitor. These fees can easily add up to a few thousand dollars, which most people who are coming out of jail or who are just getting back on their feet cannot pay.

These fees can create formidable barriers to their reentry. These are folks who need every penny to find a place to live, take care of their family, and pay their bills. On top of it all, they’re a terrible source of revenue. The collection rate on the largest fee was just 9%. We wrote off $32 million dollars in debt that was hanging over 21,000 people. We knew that money was never going to come in. Still, it took a big coalition of folks to make this happen. It was community groups such as All of Us or None and Community Housing Partnership who really sounded the alarm. The Public Defenders Office played a leadership role as well, and our entire law enforcement community, including the Sheriff, District Attorney, and the Adult Probation Chief supported these reforms. Mayor London Breed authored the legislation to eliminate these onerous fees when she was President of the Board of Supervisors. These fees weren’t working for what we were trying to achieve in governement, and they certainly were not working for low-income people.

In addition to eliminating criminal justice fees, another one of our other big recent accomplishments was becoming the first county in the nation to stop generating revenue from incarcerated people and their families through high-priced phone calls and marked-up items in the jail store. It is a common practice in jails and prisons throughout the country to charge high prices for phone calls and commissary.

As we looked at this, our calculation was if someone made a 15-minute call in the morning and evening over the course of a typical jail stay (about 70 days), it would work out to about $300. That is a lot of money when you think about the recent report that revealed over 50% of families wouldn’t be able to come up with $500 for an emergency. Similarly with cash bail, it’s generally people’s support networks and families that pay these costs. It’s primarily low-income women of color that are burdened. We also looked at the research that showed the more an incarcerated person stays in touch with their friends and family, the better they do when they leave the criminal justice system.

This was a situation in which we heard from so many people in the community, and formerly incarcerated individuals that when they were in jail, they couldn’t afford to make a call to let their family know they were getting out. They couldn’t afford to make a call to look for a place to live or to try to find a job. We were not exactly setting people up to succeed when they get out. And the biggest cost driver in the criminal justice system is recidivism.

We worked with the sheriff, the mayor’s office, and community groups to make this happen. In the end, I’m really proud that we were able to make phone calls free and to stop marking items up in the jail store. I think what we were doing before was really pennywise and a pound foolish. Sure, we were generating some revenue in the short term, but at what cost?

Q: American culture is known to be especially punitive, and I imagine there were some people you worked with who might still be attached to the idea that fees and fines function as effective deterrents to bad behavior. Did you get much pushback in this vein?

Anne: Yes, we are a very punitive culture. I think one thing that we really try to communicate in this process is the distinction between fines and fees. We eliminated all local criminal justice administrative fees. The intended purpose of a fee is only to recoup costs. They’re not meant to be punitive. But they were functioning as an additional layer of punishment for people who have already paid other consequences, such as going to jail.  The collection rate on these fees was under 10%, which means that the fee is obviously not doing its job, which is to cover costs.

But you’re right – even fines, in many contexts, are not effective deterrents. For instance, earlier this year, we eliminated library fines. We did a lot of research in partnership with the library and found that for branches in lower-income areas, the people locked out of the library due to overdue fines was often three times the average in the city. We also found that fines aren’t a very good way to get people to return books! What is a good way to get people to return books is to send more reminders, and if there’s not someone in line for the book, to automatically renew it. Other library systems that have gotten rid of overdue fines have not seen their circulation decrease. I think that sometimes we in government rely a little too heavily on the use of fines. Sometimes we do need these penalties. But it’s a tool that needs to be wielded very carefully because a one-size-fits-all fine hits people very differently along the income spectrum.

In fact, one of the reasons I started thinking about these issues was I ended up getting a ticket for not coming to a complete stop at a stop sign. The fine was several hundred dollars. Think about how that same fine hits someone who is working at a daycare center in my neighborhood, versus someone who works at a tech company. We are meting out very different kinds of punishments for people. For the daycare worker, it can really send you into a tailspin. With civil assessments added to it, the fine can increase and your credit can be impacted. Previously, you could have your driver’s license suspended. I’m really proud that we stopped suspending driver’s licenses for inability to pay in San Francisco. Former Governor Jerry Brown later eliminated this onerous penalty statewide. But the penalties can be much greater for people who have lower income. Is that really justice?

Q: For any of our GARE members who can see the tremendous negative impact that these snowballing fines and fees are having on people’s lives, but is unsure of whether they would be able to garner enough political will to build momentum towards reform – what advice would you have for them?

Anne: I would start by listening. I would talk to legal service providers, groups that work with low-income people and groups that facilitate re-entry, and ask them what they’re seeing. But in San Francisco, at the beginning we didn’t need to ask. A coalition called Debt Free SF had formed and were advocating on these issues. We were founded in response to that movement.

Also I think that working in government, it’s easy to become buffered from the impact of various policies. But we started with lots of members of Debt Free SF setting the agenda, and we worked with them to get everybody around the table. We tried to get our arms around the problem and look for solutions that were doable. We worked very carefully with departments to implement the recommendations. What we found is that a lot of people working in these city departments just didn’t realize the impact of what they were doing or that there could be a better way of doing things. Our process involved doing research to figure out what other jurisdictions were doing, see if there were solutions, generate recommendations, and kick them around. But in our department, we don’t just make a recommendation and then walk away. We will work with a department on even the little things, such as helping them change their forms. We help draft web language and do outreach to the relevant community groups to let people know about this change. Overall, the people we spoke with were very open to change because we approached them with a problem-solving mindset.

Q: Is there anything else you’d like to add?

Anne: I have so much respect for GARE, and this issue in particular is a huge racial equity problem. Fines, fees, financial penalties have a disproportionate impact on low-income people of color. In San Francisco, we really believe that you can balance your books in ways that are not on the backs of some of the lowest income people in our communities. And if we don’t do anything, a lot of these processes are going to widen existing disparities. There’s so much energy in this space, and there’s a lot of people working on it and advancing solutions. We’re really excited to talk to or work with anybody who’s trying to find a better way. We’re very open to talk to people in other cities or places that are starting to work in this space, because we all need to trade ideas and learn from each other.