Who are the people leading the movement for racial equity in government? We have interviewed practitioners across the country who are working to advance more racially equitable governance in their own communities. Some are working from the inside to change institutional practice. Others are organizing communities on the outside to apply political pressure and keep government accountable. What are their motivations and their challenges? What accomplishments are they proud of? This Racial Equity Leadership Profile series seeks to capture and share these stories from the frontlines of the movement for racial equity in government. In this installment, GARE Research Assistant Mary Lindeblad-Fry interviews Kimberlee Archie, the Director of the Office of Equity & Inclusion in Asheville, NC. 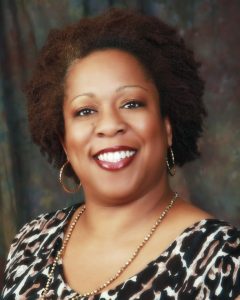 Me: Please describe your current role as the Director of the Office of Equity & Inclusion. How did you arrive at this role? What are some of your day-to-day activities?

Kimberlee: While I was the Race & Social Justice lead for my department with the City of Seattle, it was my decision to attend a 2-day training from The People’s Institute that motivated me to focus on work that is rooted in undoing institutionalized racism. Those 2 days changed my life completely. In 2017, I applied for and was hired as the Equity and Inclusion Manager for Asheville, NC.

Me: What have you accomplished in your role so far?

Kimberlee: The first thing I did when I arrived was to conduct a SWOT analysis, and I learned many folks did not understand what it meant to operationalize equity within city government. I knew I had to get started with a Core team that would build our capacity and establish an infrastructure for this work. I ended up introducing the idea of an equity core team to our department directors. I was hoping that they could volunteer or “volun-tell” some people within their department to join the team. We ended up with an Equity Core Team of about 20 people and worked for about 9 months on an Equity Action Plan. We created an Equity Action Plan that was adopted by the City Council in June 2018. I also submitted a budget for the 2018-2019 fiscal year that included three additional positions within the office of Equity and Inclusion. The City Council approved this budget and we have since filled all of the new positions.

Me: How would you say that your previous work in the mental health field has informed your current work in local governance?

Kimberlee: I started off as a mental health counselor for young people. I eventually decided that I wanted to move away from direct service and towards making larger-scale, system-wide changes. I would say that my desire to improve the lives of people at a larger level was really a driving force for making this particular career shift. My mental health background helped me to facilitate difficult conversations about difficult subjects, and has prepared me to understand how to meet people where they are. My background has also helped me to see people as individuals as part of a system, as opposed to seeing them as a diagnosis or a problem to be fixed. I really try to see them from a strengths perspective, rather than a deficiencies perspective.

Me: How has it been, convincing the other people you work with to adopt a systems level approach? Do you feel as though they’re on board with that approach?

Kimberlee: We only provide one approach. We talk about institutional and systemic racism that’s part of the framework. We don’t focus on the individual level. Because we only give one framework, which focuses on institutional and structural, it’s not like we’re giving people a choice in terms of how they approach this issue. But there are many people who don’t see the connection between systemic racism and the actions of individuals. We recently had an incident since I’ve been here where excessive use of force was used in arresting an African American man for the initial crime of jaywalking. A lot of people dismissed the incident as “just one bad apple, one bad officer,” as being the reason for why this occurred. But for that to happen, and for it to happen all over the country in the ways it has happened, is an institutional and a structural problem. There is a culture that exists for him to get away with doing that. So I’ve tried to give examples about what institutional and structural racism looks like, so people don’t focus on the individual.

I still struggle on a daily basis on how to reframe these issues because individuals make up these systems. It’s individuals who are making these decisions and who have power over certain processes.

Me: And at some level it is a person that’s making the decision.

Her: And keeping processes in place that allow inequities to occur.

Me: What have been some of the most challenging aspects of your work so far?

Kimberlee: The piece of thinking that this is about “human relations”, versus understanding, hearing, and learning about the institutional and systemic behavior of racial inequities is the most challenging aspect. Also, being in the part of the country that I’m in – I’m not going to say that it’s more or less racist than any other geography. I’m just going to say that there are people where it’s more of an uphill battle to get them to pay attention, to get them to understand why it’s necessary, and that they have a role in creating better outcomes for people.

I try to take the perspective that this is all a journey. Life is a journey, and this path that some of us are on of trying to work towards more racial equity, is not full of people just breaking down the door to get on the path. We’re all somewhere on this path. Some people have not stepped foot on the path yet, whereas some people are steps ahead, or miles ahead. But we’re all on this path together and there should always be on-ramps for everybody to step on this path. That’s one thing that keeps me motivated – that not everybody has stepped on the path yet, and maybe I can be a conduit for someone to take that first step on the path. I don’t focus on the challenges that much, so that I can get the work done.

Me: Has there been anything particularly surprising that you’ve encountered in your work so far, these past couple of years?

Kimberlee: I think the thing that’s most surprising is how many people do not understand that whiteness is how we’ve all been normalized. Everyone who’s been raised in the United States of America experiences this. No matter what race or ethnicity we are. The inability to take that frame off, surprises me.

Me: What’s been the most rewarding aspect of your work?

Kimberlee: The most rewarding has been our council actively supporting what I’ve been doing, as well as adding to the budget for the necessary staffing. They seem to be very supportive. The support of leadership has been extremely rewarding.

Me: What do you hope to see accomplished in the next 5-10 years?

Kimberlee: I’d like to see us build and maintain trust with communities of color in Asheville. I’d like for us to start implementing the tools that will allow us to analyze ourselves as a city government so that we can start seeing a change in racial disparities. I look forward to city staff, at all levels, being able to see how their work can impact equity in the city. I would feel very accomplished if all of the people in the city, no matter their role, could see how they have an impact in reducing racial disparities.