Home>Blog>Just Say No to Siloes: How the “One Fairfax” Plan Facilitates Inter-Agency Collaboration 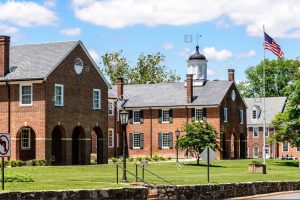 Fairfax County, VA departmental leaders took a giant step towards addressing racial inequity in the county juvenile justice system with their plan “One Fairfax: A Brief History of a Countywide Plan to Advance Equity and Opportunity. The plan was developed to address findings from an institutional analysis conducted by The Center for Study of Social Policy. The analysis methodology uncovered a multitude of structural and institutional factors that contribute to a persistently high rate of Disproportionate Minority Contact (DMC) within the juvenile justice system. Prior to the analysis, departmental leaders attempted to address this issue in a number of different ways (such as cultural competency trainings for county staff who consistently engage with young people).

While these attempts did seem to have an impact in reducing the number of incarcerated minority youth, the disproportionality persisted. The analysis emphasized how the function of systems, rather than people, contribute to this problem and offered numerous solutions as to how this issue could be addressed at the structural level. Given the diversity of factors revealed during this process, it became obvious that the problem couldn’t be addressed by a “quick fix” through any one particular agency.

One direct result from these efforts was the creation of the Successful Children and Youth Policy Team (SCYPT), which was established in order to directly address the lack of effective coordination between the police department, child welfare, and juvenile justice services. Due to the demonstrated link between truancy and criminal behavior, these agencies are uniquely positioned to address the root cause of high DMC. Because many agency employees were not used to talking about racial disparities in such an explicit manner, the overall vision for cross-agency collaboration had to incorporate what Patricia Harrison (Former Deputy County Executive for Human Services) referred to as “pacing,” which refers to the theme of “knowing when to push individuals for change and when to back off.”

Given the higher level of collaboration necessary for any inter-agency strategy to work, there must also be a plan to developing solid strategies for encouraging the necessary “conceptual buy-in” (as opposed to simply paying lip-service) from departmental leaders to achieve success.