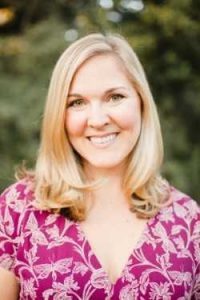 Who are the people leading the movement for racial equity in government? We have interviewed practitioners across the country who are working to advance more racially equitable governance in their own communities. Some are working from the inside to change institutional practice. Others are organizing communities on the outside to apply political pressure and keep government accountable. What are their motivations and their challenges? What accomplishments are they proud of? This Racial Equity Leadership Profile series seeks to capture and share these stories from the frontlines of the movement for racial equity in government.

In this installment, GARE Research Assistant Alec Weiss interviews Katie Balderas, Manager of the Office of Equity for the City of Long Beach, California.

Q: Let’s start by talking about your current role in Long Beach.

I lead the City’s Office of Equity where I facilitate policies, programs, and practices as to advance equity in the City.  I started in January 2017, so this is a relatively new role for me, and for the City.

Q: How did you arrive at this role?

I have my Masters in Public Health, and my career until this point had been mostly focused on traditional public health programs and policies. I started out working in asthma education, which was the first time I heard the term “social determinants of health” and gained a better understanding of how things like housing and education shape our health outcomes far more than individual behaviors and healthcare services alone. From there I worked for a few years in maternal and child health, working to integrate social determinants of health into prenatal screening tools to help providers offer more comprehensive referrals, resources, and care. Around the same time, our entire department was undertaking an initiative to collectively address housing as a social determinant of health, and I took on a new position analyzing housing policy as a public health issue. Understanding the explicit connection between racism, housing, and health outcomes through policies like redlining and racially restrictive covenants gave me the tools to begin using a racial equity analysis in my work.

In public health, we use the upstream/downstream parable to talk about why it’s important to focus on prevention. I often joke that my career has been one constant swim upstream to understand the “root cause of the root cause,” which, in our country, is deeply rooted in systemic racism.

When I was working at the Los Angeles County Department of Public Health, I went to some introductory GARE trainings and it really opened my eyes to how so many of our government policies and procedures are influenced by race.  All the health issues that I had been focusing on could be traced to different policies rooted in structural racism.

More personally, I became a mom in 2015 and would often think about the mothers whose sons had lost their lives at the hands of police – Trayvon Martin, Freddie Gray, Michael Brown, Philando Castile, and too many more. I would think of their parents who at one point held and adored their baby boys in the same way I held and adored mine. Something about becoming a parent made me feel personally connected to all the other parents in the world, with a deeply rooted conviction that we all want the same things for our babies: love, safety, and opportunities for them to reach their highest potential.

I also wanted my son to have a strong sense of community in Long Beach, where I’d lived since 2002, but commuting to downtown LA left me with little time and energy to get involved at home. In 2017, I was thrilled to accept a dream position with the Long Beach Department of Health and Human Services leading the City’s new Office of Equity. I sometimes joke that the stress of the commute has been replaced with the stress of the job, because it’s been a steep learning curve – both personally and professionally – but I don’t have any regrets and am really excited about the work we’re doing.

Q: In your opinion, what role does government have in addressing racial inequities?

We have to be explicit about racial inequity and take ownership over how government created the situation we now live in.   We need to acknowledge our role in it in order to undo it.  It’s slow going, and we will certainly make mistakes, but that shouldn’t stop us.  I believe that those of us who work in government need to operate with more accountability, humility, and humanity.

For instance, in Public Health we have always shared health outcomes by race, but we rarely talked about why these inequities existed. When we don’t talk about the root causes and explicitly name structural racism, we perpetuate racism by letting people draw their own conclusions about why these disparities exist.  Unfortunately, these conclusions are often individualistic in nature, rather than systemic or structural.

That being said, we might not be able to fix these things overnight, but we need to fix these things for the future, and it starts by acknowledging the role of government and engage with communities a lot earlier when developing policies and practices.

Q: What have been the most challenging aspects of this work?

Long Beach formed its Office of Equity just after the City’s first GARE team completed its introductory year, and was the first municipal equity office in Southern California. While it’s always exciting to be the first, it’s also been challenging because I’ve had to quickly learn about how other offices were structured, most of them being out of state. It’s also been challenging because, since its inception, the Office of Equity has been directed to work on policy research and development, which is time consuming. With just one full-time staff (me), it’s very challenging trying to balance policy development while also building capacity in other departments to advance equity in their own fields.

A separate challenge has been some pushback we have received based on the perception that talking about racial equity means we are ignoring other forms of equity such as for gender or LGBTQ folks. We’ve heard a lot from community members and City staff that it is important to be explicit about race but not exclusive about race.

Lastly, it took me a long time to understand what I can offer as a white woman in this role.  At the outset I felt really self-conscious, especially knowing that a lot of my counterparts in other cities are people of color. At the GARE national meeting in Oakland I had a chance to meet some other colleagues and I expressed that self-consciousness to them.  They helped me understand that I have the ability to be explicit about white supremacy and about how it has infiltrated our systems.  By balancing my privilege, I can be explicit about things in a way that others may not be able to.

Q: What has been the most rewarding aspect to you personally?

What I find most rewarding are the relationships with community partners, residents, and organizers.  When I first started in this role I made a point of having one-on-one conversations with different community members. I said, “this is a new effort, and I want your help, feedback, and I need you to hold me accountable.”  Coming at this role from a place of humility has gone a long way to build trusting relationships with the partners.

During one of these initial meetings with a community organizer they asked me, “how do you think you can do this job without having lived as a person of color or in poverty?”  I thought for a second and said, “I don’t. That’s why I need you.” I try to serve as a bridge between the community advocates and stakeholders.  My job is more than just telling them how the city works; it’s about understanding the political and community dynamics to shift power back to those that have been marginalized by government.

Q: What do you think is holding us back?

White supremacy.  White people in many cases feel threatened.  They see equity as something where they are going to lose power, resources, and status.  It’s really important for us in this field to stress that equity is not a zero-sum game.  Nevertheless, this mentality runs deep in our culture.  The “curb cut effect” is a good way to convey that message to people.  Initially curb cuts were for the benefit of disabled people in wheelchairs but it turns out everybody likes them! Skate boarders, people with strollers, shopping carts, etc. If those in power work to lift up those with the least amount of wealth and power, we will all be better off.

Q: What do you hope to see accomplished in the next 10 years?

As a society, we need to move toward healing and reparations. I am talking about both literal reparations and reparations in a broader sense.  There needs to be a sense of the harm that racism has caused in our country.  This harm will continue to fester and cause pain and inequity until we own up to our mistake.  In countries where there have been similar racial divides you hear about healing and reconciliation, but here, we are barely just beginning to broach those topics.  Groups like W. K. Kellogg Foundation’s Truth, Racial Healing and Transformation initiative are making important strides and are indicative of the direction I see us going over the next 10 years.  There is a lot of talk surrounding trauma and conversations about racial equity.  However, there is not enough being done to link trauma and racial inequity.  How do we deal with trauma that is so rooted in our society?  I think we can make great strides if we put an emphasis on restorative justice and addressing the wounds of slavery and our history head on. And I think we will. We all have skin in the game.