Home>Blog>Advancing and Promoting Racial Equity on the rise in the Midwest!

By: Gordon Goodwin and Manisha Paudel 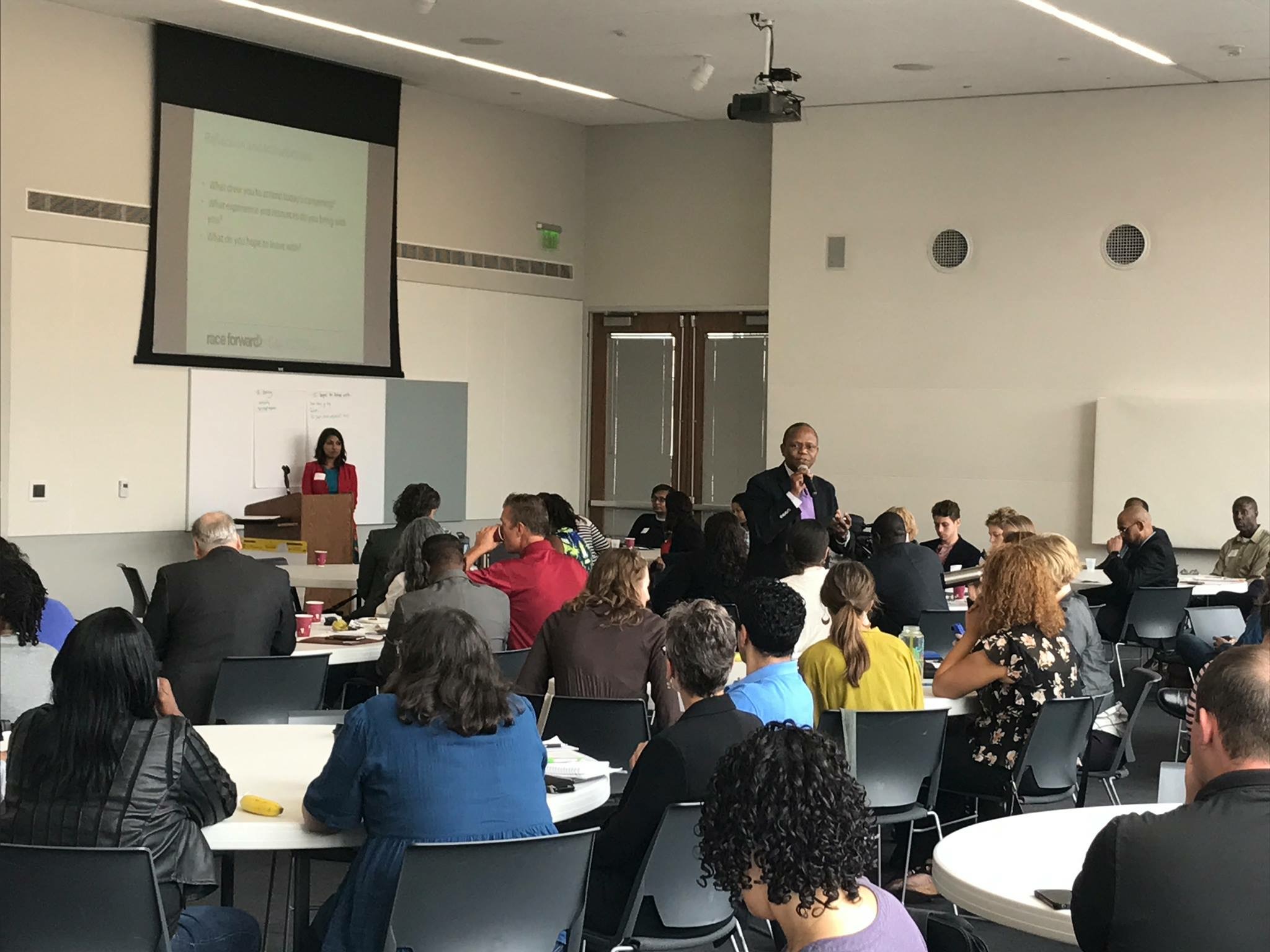 The 3rd floor of Madison Public Library was filled with over 100 local government and non-profit organization leaders from around the Midwest. They all had a shared goal of coming together as a region to begin and continue to ensure equitable outcomes for everyone. Local government leaders planned and executed this convening, with fiscal and staff support from Government Alliance on Race & Equity (GARE), a program of the newly-merged Center for Social Inclusion and Race Forward.

For many of the seasoned attendees, this convening was also an opportunity to reconnect and establish new partnerships across the region. Through workshops and presentations, participants not only shared institutional and individual challenges they face to advance racial equity outcomes in their organizations and communities, but also began to brainstorm strategies.

“I had no idea so many government and non-profit folks are dedicated to advancing racial equity”, said one of the participants who had attended the GARE event for the first time. Similar thoughts were shared by others throughout the day. The City of Madison had a significant showing of first timers, followed by Dubuque, IA.  Representatives from City of Madison and Dane County, the Twin Cities (Minneapolis and The Metropolitan Council), Washtenaw County in Michigan, Des Moines, and Chicago conducted presentations, shared stories, and learned new approaches to support their efforts at normalizing, operationalizing and organizing.

Opening comments from the Honorable Paul Soglin, Mayor of Madison, provided a historical perspective on why racial inequities exist, and the role government has played in creating them.  Gordon Goodwin, Midwest Regional Project Manager, continued this theme with an orientation to foundational racial equity themes and concepts, and an appeal to participants to “keep the head and heart in balance as we focus on taking action” to achieve what we can in our jurisdictions and communities. 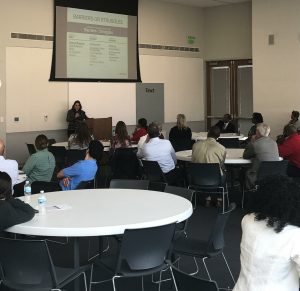 Our day included a focus on workforce equity in three breakout sessions.  Sessions on creating a welcoming workplace, broadening recruiting efforts and managing equitable hiring processes (when you are not in control) were well attended.  Supervisors and managers met during the lunch hour to strategize about the role they play in supporting and leading organizational change for racial equity.  A session on the work City of Minneapolis is doing to address community trauma provided insights on a topic of growing importance given nationwide increases in racial hate crimes and civil unrest that has emerged in the aftermath of police shootings of unarmed men of color.

Towards the end of the day, Raintry Salk and Sonali Balajee shared their research findings on input received on understanding of Leadership from participants at GARE’s National Membership Meeting in Oakland, CA.

Throughout the day, participants were encouraged to write, and had the option to share, their “Where I’m From” poem. As this was one of the most popular activities at the National Membership Meeting, the planning group for this convening decided to continue to hold space for leaders and practitioners of racial equity to experience vulnerability, learn more about each other, trust each other, and reflect on life.

The day felt a bit short even at 4:45PM on a Monday, as there was a lot of energy in the room. A resident and nonprofit leader from Milwaukee is interested in planning a GARE event to increase interest in that city to pursue racial equity efforts. GARE members in Wisconsin and Michigan are discussing the possibility of forming introductory cohorts for 2018. Many ideas were shared around reaching out to larger jurisdictions in the region, such as Saint Louis and Chicago. Participants were informed about the upcoming GARE National Membership in conjunction with the PolicyLink Equity Summit in Chicago, IL April 11-13, 2018, and are encouraged to invite other non-member jurisdictions to attend and consider partaking in the movement.