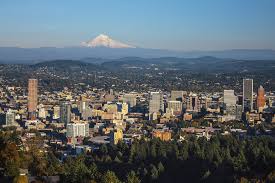 Metro is the regional government for the greater Portland, Oregon region. This region is nationally recognized for its strong economy, its livability and its transportation system. But for communities of color, those benefits are more myth than reality.

Metro included the creation of this new committee as one of the crucial action items for the first year of Strategic Plan implementation. Key steps to accomplish this action include engaging local community leaders in conversation about the attributes and characteristics of this new committee, obtaining buy-in from the Metro Council members, creating the new committee’s charter and identifying two co-chairs. On March 16, 2017, Council approved the creation of Metro’s Committee on Racial Equity (CORE), establishing it as an ongoing committee that will advise Council and staff on the agency’s racial equity work, provide community oversight and accountability, and serve as a conduit of information to and from the community. In the same action, the Metro Council also approved the CORE charter, appointed its two founding co-chairs, and designated two Council liaisons to the committee.

The recruitment for the remaining 13 CORE positions started immediately after the Council approval vote and Metro received applications from 71 community members. The vast majority of applicants identify as women and people of color and are under 45 years of age. They bring a broad array of skills, lived experience and connections to local historically marginalized communities. This will ensure that the CORE members will provide sound advice to Metro as the agency continues to incorporate racial equity as a crucial consideration in all of its work, and to keep Metro accountable to the community for its racial equity work. The selection of the 13 CORE members is under way and their appointment to the committee is anticipated to be finalized in late May.

Having an advisory and oversight community body like CORE is important for Metro for several reasons:

Having the CORE is an important step to ensuring greater accountability to the community at large. Metro diversity, equity and inclusion staff are looking forward to working with new CORE members. Questions? Contact Juan Carlos Ocaña-Chíu at juan.carlos.ocana-chiu@oregonmetro.gov.