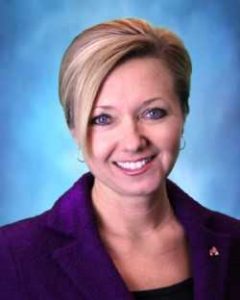 Q: Let’s start with how you became Mayor of Grand Rapids.

I have been mayor for 16 months, so I am still relatively new in this position. I was elected in 2015 and started serving January 2016. Before that, I was a City Commissioner for 10 years, representing the Second Ward of Grand Rapids. Professionally, I am a social worker, spending the past 20 years working mostly with families who experienced violence, abuse, or neglect.

I ran for office for a couple reasons. Primarily, a group of women I met while working on issues of violence against women and children inspired and encouraged me to run. Then, as former Mayor Heartwell was finishing up his term, he encouraged me to run for Mayor.

Q: How did the City of Grand Rapids begin its equity work?

In 2015, while I was still a City Commissioner, the Michigan Department of Civil Rights shared a report on the economic impacts of racial disparities in the city. That same year, a Forbes article listed Grand Rapids as one of the worst places for African-Americans to live.

Even though I am usually proud of many incredible things happening in our city, I was mortified by these deep disparities. The data amplified and brought to light what a lot of us might have already known, but many did not realize the depth of the issue. The Forbes article and the report were a call to action. And, as an elected official, once you know about these challenges how do you not do something about them? This was the year leading into the mayoral election. So, when I ran for office, racial disparities were a key issue of my campaign. I decided then that racial equity would be a top priority. I knew that we could not be a successful city if significant parts of the community were being left out of our success. I was honest when campaigning that I didn’t have all the answers. But I also emphasized that it was about systemic racism, which would need structural change – a challenging but doable task.

Q: What was your personal journey towards racial equity?

My work experience has really shaped me. I received my undergraduate degree in psychology and juvenile justice in Mobile, AL. I did an internship placement while there in a juvenile boot camp just outside of Mobile. Even in that early experience with the criminal justice system, it was quickly apparent to me that young African-American boys were seeing disparate outcomes.

Then, through my time in social work, I met and worked with families and children who experienced significant discrimination and who were living in neighborhoods where they did not have access to the same opportunities in housing, employment, or transportation as their peers. My time working in the field of domestic violence exposed me to the struggles and challenges of so many survivors. I learned that the challenges they faced were related to structures and systems more so than the resilience of individuals. Hearing their stories and lived experiences firsthand called me to action to work to change those structures.

Q: What have been some of your major accomplishments?

One of our broader goals is for the city workforce to reflect our community. So, one success has been in our work to increase workforce equity, especially in the police department. With this goal of hiring a diverse workforce in mind, we took a hard look at officer hiring practices and recently made significant changes. Now, we are hiring individuals before they go through the academy and then paying them to go to through training –something we identified as a barrier to diversity in our analysis. We then did intentional outreach for this new effort and had hundreds of applications as a result. We just hired the first class under this new recruit process, and it was the most diverse in police department history.

Another goal has been to diversify our City boards and commissions to increase Hispanic and African-American representation and achieve gender equity. This past year, we spent a lot of time looking at our entire appointment, application and recruitment processes. Through a focus on improving these processes, we increased the number of individuals who applied by 500%. We still have ways to go, but I have learned that when you take an intentional look at your procedures and you change the goal toward a more equitable outcome and have a dramatic impact on the process.

There are a lot of them! The pace at which change happens is challenging. Racial equity is an urgent issue, but in government it sometimes feels that progress is not being made quickly enough.

Another challenge is creating significant change in a large organization. How do you get to a tipping point where you have enough people who believe in the goal and in the plan to really move it forward? The challenge is in bringing people along and getting others to believe that racial equity needs to be a priority. Changing hearts and minds is not easy.

I have been reflecting about this lately. People are also not accustomed to talking about race and racism. The mayor before me had a strong focus on diversity and inclusion, which was – and continues to be – very important, and the City has had an Office of Diversity and Inclusion for a long time. Yet, we still have significant disparities today. I realized that the time I served as Commissioner the conversations we had were always about increasing diversity, which is important. But what is equally important is talking about structural racism and implicit bias, and we had not had those conversations until just recently. So, naturally, some people are uncomfortable when the conversation shifts.

Q: What have been the most rewarding aspects for you personally?

The most rewarding is having an opportunity to serve our community and bring voice to a critical issue. Knowing that people who have historically been excluded now feel that someone is listening, that we are committed to bringing about change and that we are dedicated to ensuring that all those who live in our city have access to opportunity – that is important and extremely empowering.

Q: What do you think is the greatest opportunity for local government to advance racial equity?

There is tremendous opportunity. Serving as mayor, you are faced with a variety of issues every single day. Public service can be unbelievably demanding with many issues coming at you at once that require your time and attention. Finding time to respond to issues as they arise as well as being pro-active to work on critical issues is key.

For me, racial equity is a thread that runs through many of the core problems we face as a community. Whether it is housing, economic opportunity, or environmental justice – we find disparate outcomes. If we can address racial equity, we can have a positive impact on these and other issues we are trying to resolve. Cities have an opportunity to speak to racial equity as a core issue, a top priority, and create action plans to move forward. It is difficult and challenging work but, unless you have leadership that makes racial equity a priority, it likely moves down on what can be a long list of priorities.