Home>Blog>Richmond, California, Removes Barriers to Housing for People With Past Criminal Convicitons 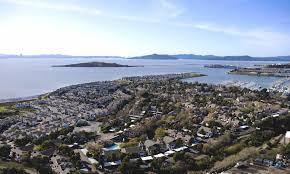 GARE jurisdiction, Richmond, CA — part of the Northern California Cohort— continues their work to advance racial equity. Modeled after other major city ordinances, it works facilitate housing for people with past criminal convictions.

A survey of 100 formerly incarcerated Richmond residents found that only fifty-three percent (53%) had stable housing three to eighteen months after their release.

Research has found that access to housing reduces recidivism, and the lack of housing can be a significant barrier to successful reintegration after incarceration.

Several cities, including the State of Illinois; Madison, Wisconsin; New York, New York, San Francisco, California, and The State of New Jersey; have passed policies that restore rights and remove barriers to housing for people with past criminal convictions. Additionally, the United States Department of Housing and Urban Development issued the “Office of General Counsel Guidance on Application of Fair Housing Act Standards to the Use of Criminal Records by Providers of Housing and Real Estate-Related Transactions,” which states that “Policies that exclude persons based on criminal history must be tailored to serve the housing provider’s substantial, legitimate, nondiscriminatory interest and take into consideration such factors as the type of the crime and the length of the time since conviction.”

It has been documented by those providing service to formerly incarcerated residents in Richmond, and national researchers, that significant first source housing for people coming out of incarceration is publicly subsidized affordable housing. Richmond service providers and national researchers have documented barriers to access to affordable housing faced by formerly incarcerated residents.

The Health and Wellness Element of the Richmond General Plan (Policy HW8.4, Inmate Re-Entry and Transitions) states that a goal of the City is to, “Support re-entry, transition and integration of former prison inmates and parolees into the community.” The City’s Health in All Policies Strategy also states that “through a targeted and concerted effort across all city departments, we can make an impact on reducing and eliminating many preventable stressors while at the same time enhancing the many assets and resources that already exist in Richmond to support human health.”

The City of Richmond has shown a consistent interest in removing barriers faced by people coming home from incarceration, by helping establish the Reentry Success Center and adopting policies like the city’s “Ban the Box” ordinance (14-13 N. S.), which removed barriers to employment. The City of Richmond, through research and community engagement has identified a policy gap in the City’s treatment of housing providers and their consideration of past convictions that has generated unfair and harmful barriers to affordable housing for people with past convictions. The Fair Chance Access to Affordable Housing Ordinance seeks to address this concern.

Listed below are some of the components that are listed in the Ordinance.

To review the City of Richmond “Fair Chance to Access Affordable Housing Ordinance” in its entirety, please click the link below.

For information about other jurisdictions work in this area, check out the following resources:

Cities such as Madison, Wisconsin have taken action in the ordinance to insure that the employees and applicants are informed of ordinance by requiring employers to post the ordinance in visible spots in the workplace. Also, the City of Madison has included language that insures employers cannot ask or investigate past criminal history until one receives a job offer.

For more information on Madison’s “Ban the Box” click the attached link.

The State of Illinois has taken action on the “Ban the Box” movement by passing the “Job Opportunities for Qualified Applicants Act” which is pretty much the same as “Ban the Box” but with a slight modification of states barring people with certain convictions from employment that are related to either State or Federal Law.

The San Francisco Board of Supervisors passed the “Fair Chance Ordinance” and in San Francisco’s ordinance employers aren’t allowed to ask about pass arrest that didn’t result in a conviction unless the charges are still pending, sealed or juvenile offenses, convictions that are seven years old passed the date of sentencing, and offenses that are not misdemeanors or felonies such as infractions.

The following link is the “Fair Chance Ordinance” on the San Francisco Board of Supervisor’s website.

The largest city in the country, New York City passed the “Fair Chance Act” which has pretty much the same guidelines for the other cities around the country. Which includes not asking about one’s past criminal history to insure that citizens who have paid their debt to society can have equal opportunity when it comes to finding a job. Like other cities around the country the exception to this comes down to jobs that require a background check that deal with explosives, pistols, and other weapons.

To learn more on New York City’s law click the link below.

The State of New Jersey passed the “Opportunity to Compete Act” which was signed into state law by Governor Chris Christie which takes away any applications where one would have to fill out in regards to one’s criminal past. The law also has a penalty for any employer who has over fifteen works and has not followed the law. The fine is $1,000 for a first time violation, and a second violation jumps up to $5,000 and a third increases to $10,000 for each additional violation.

To find out more check out the link below.